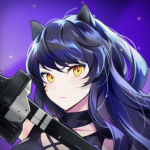 I am a huge fan of the Kanon series, and I love the visual novel as well as both of its anime adaptations. Yes, even the 2002 version.

Due to Kanon's lacking popularity, this Wiki has been left with many incomplete pages or articles that need to be completely rewritten. My top priorities will be the gallery and soundtrack pages as of now. I am not the best at adding information to pages, but I may try to write out some information eventually.

Due to personal things going on in my life, my editing may seem a bit inconsistent. Sometimes I can go multiple weeks without editing, and other times I'll be spamming the Wiki Activity with my edits.

I am the current head admin of the Wiki, so feel free to leave any questions or concerns you may have on my Message Wall.

Wiki's I Most Frequent Edit

Opinions On Things In The Series Edit

Least Favorite Character: I like all of them, but if I had to choose, it would be Jun

Favorite Song: Kaze no Tadoritsuku Basho (aka the ending song!)

Retrieved from "https://kanon.fandom.com/wiki/User:Okaminarutofan999?oldid=10889"
Community content is available under CC-BY-SA unless otherwise noted.